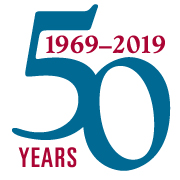 In 1969, the foundation had income of $50,000 and issued its first grant of $5,000 (to the Legal Services Society). By way of contrast, in 2018, 268 applications for funding were assessed and over $33.4 million in funding was approved for 77 continuing programs and 141 other grants (27 project, 42 on-track, and 70 other grants). Recognizing the need for ongoing work in the community in our five statutorily mandated areas, over $25.4 million of this amount was allocated to continuing programs.

Since 1969, much has happened to improve access to justice in British Columbia:

We look forward continuing to work with the legal community of BC to enhance access to justice in the province.